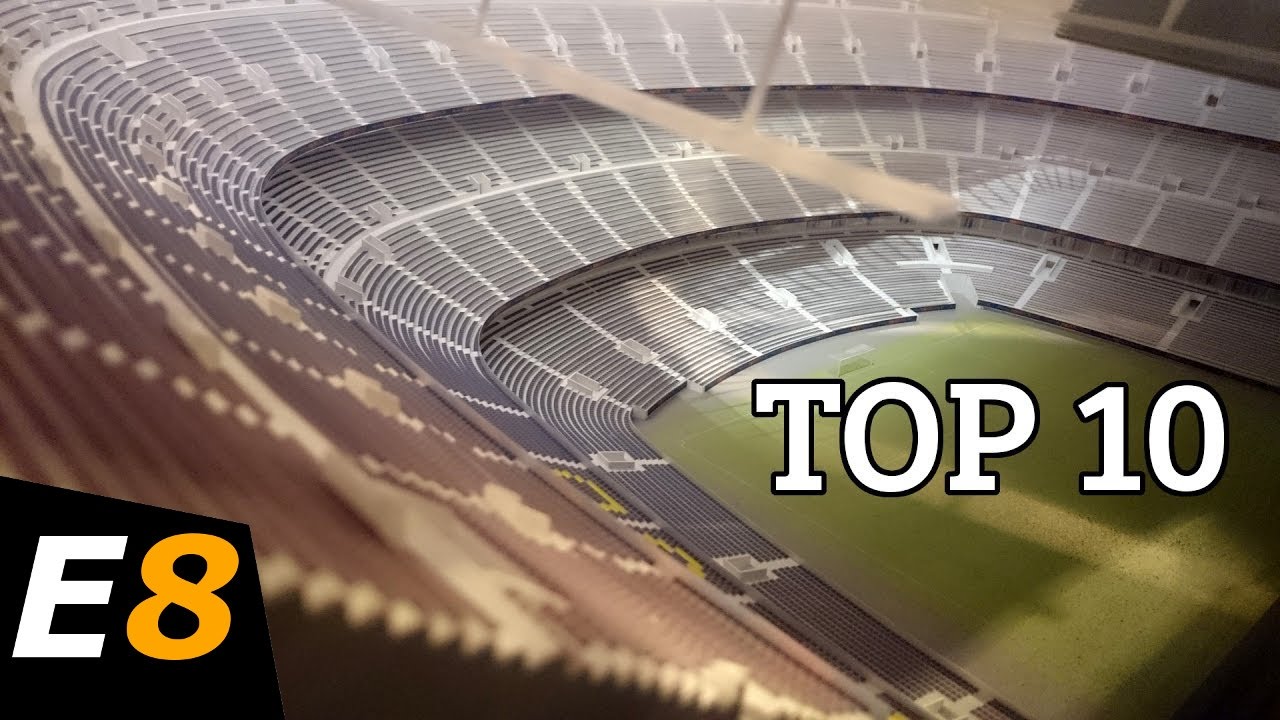 Behold, ten world’s biggest football stadiums by spectators permanent capacity. North Korea at least has something to be proud of.

9. Borg El Arab Stadium
Stadium located in Alexandria, Egypt and opened for public in 2006. It is second biggest stadium in Africa after FNB Stadium with capacity of 86,000 all-seater. The stadium is part of Egypt campaign for FIFA World Cup 2010 but lost to South Africa.

8. Estadio Azteca
Means Aztec Stadium in English, commissioned in 1966 with official capacity of 87,000.It is the first ever stadium to host FIFA World Cup Final match twice(i.e, 1970 and 1986). The highest record attendance ever when hosting boxing match, about 132,247.

7. Bukit Jalil National Stadium
Build in preparation for hosting 1998 Commonwealth Games, it is officially opened in early 1998 exactly 6 years after groundbreaking ceremony. English football clubs such as Manchester United and Liverpool sometimes matched with Malaysia XI in this stadium during their Asia Tour.

6. Gelora Bung Karno Stadium
Formerly called Senayan Main Stadium, it was build during Bung Karno era, hence the stadium rename for remembrance. The biggest event held so far is 2007 AFC Asian Cup. It is opened in 1962 after 2 years of construction that took 19.5 million dollars.

5. The Rose Bowl
Located in Pasadena, California; commissioned in 1922. With capacity of 92,542 it’s 11th biggest stadium in USA. besides hosting soccer, it also hosting NCAA matches. the most rpestigious ever mach ever held was 1994 FIFA World Cup, and 1999 FIFA Women’s World Cup, both in final matches.

4. Wembley Stadium
Build on top of demolished original stadium, the new stadium is not just the biggest stadium in UK, it’s also the world’s biggest stadium with retractable roof designed by Populous and Fosters + Partners that costs about 798 million pounds.

3. FNB Stadium
It’s a main stadium during FIFA World Cup 2010. However it was called Soccer City for meet FIFA requirements. It is also called The Calabash due to its resemblance to the African pot. The highest record attendance ever during match between home country versus New Zealand: 95,713.

2. Camp Nou
Home stadium for one of the world’s best football club, FC Barcelona. With seating capacity of 99,354, it is the largest in Europe. It hosted numerous prestigious matches such as UEFA Champions League, 1982 FIFA World Cup, as well as 1992 Summer Olympics.

1. Rungrado 1st of May Stadium
Located on an island river Taedong in Pyongyang, North Korea; it is opened in 1989 and has been used for mass game called Arirang beside football matches. It’s scalloped roof features 16 arches arranged in such way which resembles magnolia blossoms. Offers seating capacity of 114,000.

michael the vyond guy gets pee pee on by soccer man – ft. darkspike45

How to download & install NFS: Most Wanted Black Edition…

HOW TO FIX STEAM GAMES NOT LAUNCHING! (EASY)