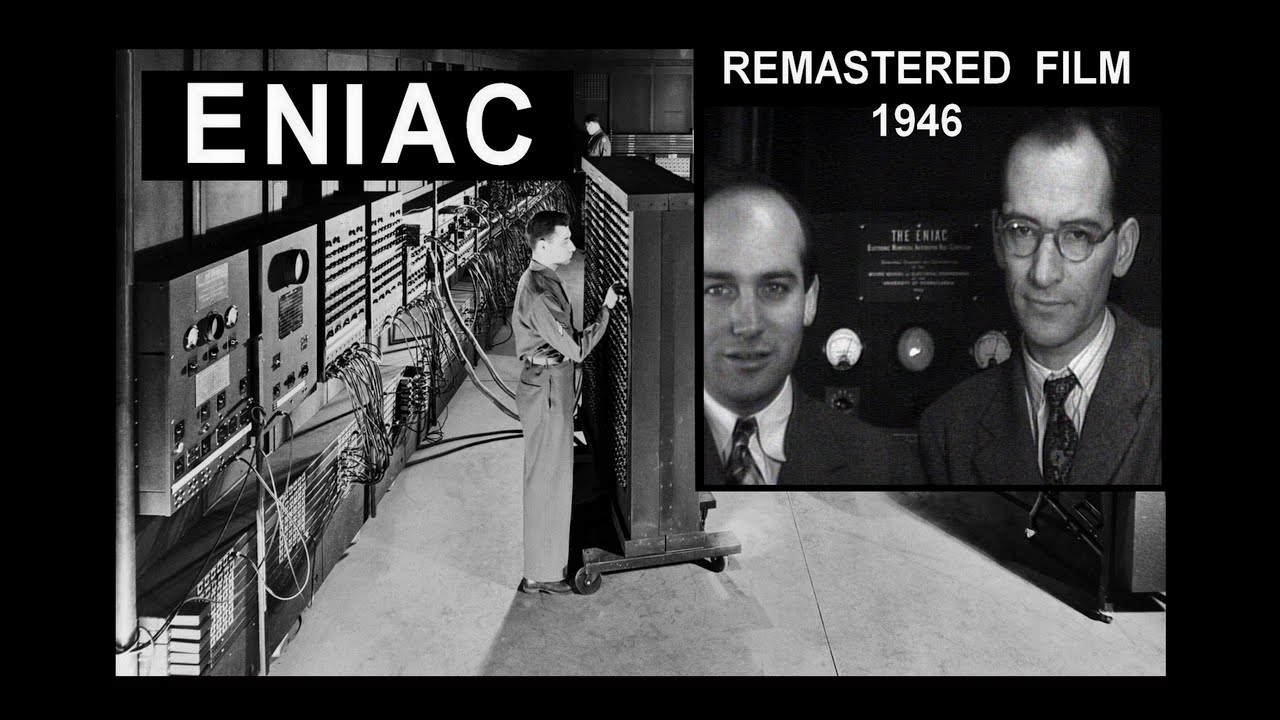 Primary designers of ENIAC, J. P. Eckert and Dr. John Mauchly, founded one of the FIRST computer companies: “Electronic Control Company”, which was later incorporated as the Eckert-Mauchly Computer Corporation (“EMCC”) in Philadelphia. EMCC became part of Remington-Rand in 1950.

Eckert and Mauchly also designed and built the BINAC (1949) and the famous UNIVAC I (1951) computers. Their early work helped give rise to the electronic digital computer industry.

In 1997, six of the women most involved in the programming and operating of the ENIAC were inducted into the “Women in Technology International Hall of Fame.” They were Kathleen McNulty Mauchly (Antonelli), Jean Jennings Bartik, Frances Synder Holber, Marlyn Wescoff Meltzer, Frances Bilas Spence and Ruth Lichterman Teitelbaum.

This 9 minute film gives you a unique view into some of the very earliest days of large scale electronic computing. Modern narration has been added to the film, which was originally silent. Restoration/editing– Mark Greenia; Modern Narration- Patrick Phillips.

* * You are warmly invited to view the video of the BINAC computer, a rare look at the
1949 “Binary Automatic Computer” –

* * Also, visit the YouTube video series of interviews with Dr. John W. Mauchly as he recounts
personal memories of his early word in computer technologies:

Visit our many other Computer History videos,
Presented for educational and historical content.

{The Computer History Archives Project is an independent educational research project dedicated to the research and sharing of vintage computing technology.}

iOS 14 Beta: My iPhone now has an APP DRAWER?

TESTING VIRAL TIK TOK FOOD HACKS… is ANYTHING Worth…