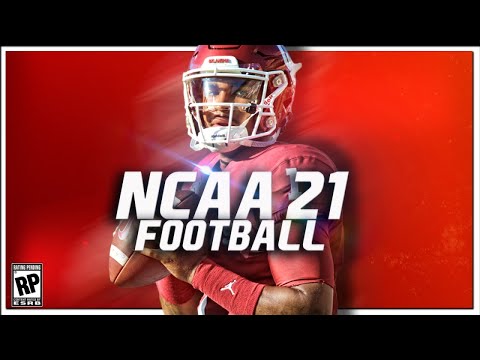 EA Sports NCAA Football Now Set to Return after NCAA votes to allow players to be paid for their likeness. Full Story:

◄Have a video idea? I’d love to hear it! Comment below!
◄Please give this video a thumbs up and don’t forget to subscribe!

NCAA Football was an American football video game series developed by EA Sports in which players control and compete against current Division I FBS college teams. The series is a younger brother to the Madden NFL series.

In July 2013, the NCAA announced that it would not renew its licensing contract with Electronic Arts because of an ongoing legal dispute regarding the use of player likenesses in the games. However, this contract only covers the use of the NCAA name and related logos, not those of individual schools and conferences, which are negotiated individually or through the Collegiate Licensing Company. The CLC concurrently announced that it would extend its existing licensing deal with EA through 2017, ensuring that EA Sports could continue the series without the NCAA branding. However, the series was placed on hiatus in September 2013, following three major conferences pulling their trademark licenses from EA, and uncertainties surrounding the results of lawsuits involving the use of player likenesses in-game. However, EA Sports is still making an attempt to get the series back going.

Players’ real names and exact likenesses are not used in the game. While the Madden NFL series uses real player names and likenesses, those players are compensated for the use of their image. Due to NCAA restrictions on the amateur status of athletes, names are not allowed. Additionally, current college players cannot be used as cover athletes. Instead, each cover features a player whose college eligibility ended the season before the game’s release, wearing his former college uniform. The only two exceptions have been the Wii version of NCAA Football 09, which featured Sparty, the mascot of Michigan State University, on the cover, and NCAA Football 06 when Desmond Howard was featured on the cover striking the Heisman Trophy pose during his career at Michigan, despite not playing for Michigan for more than 15 years.

Although EA Sports does not claim that the players in the game represent real life players, the jersey number, position, height, weight, home state, and ethnicity are aligned with the real players. Fans of any particular team are sure to recognize their favorite players (for example, in NCAA Football 2014, University of North Carolina Tar Heels QB #2 would correspond to QB Bryn Renner). Actual usage of a player’s real name would be in violation of the NCAA’s policy regarding student athletes. Amateur “roster makers” will often manually associate player names and will upload a roster file to the built-in roster sharing system. As of the 09 release, EA has put in the EA Locker feature which allows remote roster sharing online through either Xbox Live or PlayStation Network depending on the console.