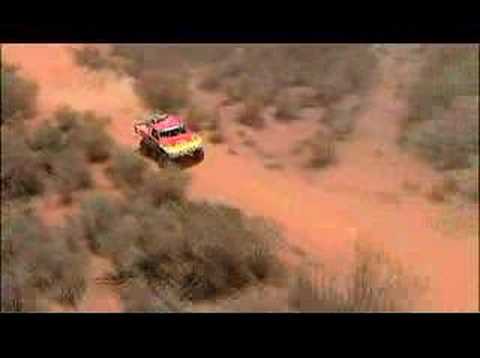 Race day excitement filled the streets of downtown Ensenada, Baja California, as the world’s top desert racers assembled at the start line of the prestigious SCORE Baja 500, awaiting their turn to charge across the majestic Baja Peninsula. This year’s race celebrated the 39th running of the SCORE Tecate Baja 500. A record field of 492 racers took to the start line in yet the biggest SCORE Baja 500 in the 39 year history of the race. Two of those racers were G&R Racing’s Garron Cadiente and Ron Whitton. Each racing in the elite SCORE Trophy Truck class, G&R Racing rolled out their meticulously prepped SCORE Trophy Trucks in anticipation of chasing victory through the rock-ladened and silt-filled 424.22 mile race course.

Seated behind the wheel of the #38 SCORE Trophy Truck, only a few trucks back from the green flag, sat last year’s SCORE Rookie of the Year, Garron Cadiente. Focused and ready to get down to business from within the cockpit of the Geiser-built race truck, Cadiente’s thoughts outlined the first 122-miles to the Mike’s Sky Ranch turnoff. Likened to an Olympic downhill skier, Cadiente’s long stare told a silent tale of the mental preparation of the world’s top trophy truck racers.

Garron explained, “The start of the race tends to be something out of the Wild Wild West. With 33 Trophy Trucks raging from the start line a mere minute apart, we expected the traffic to be heavy in the beginning. The #38 truck ran flawless and we stuck to our race plan strategy to race at 85% until the last hundred miles and make a charge towards the finish line. With a race of this length, the attrition was expected to be significant and our crews informed us of the same. What I didn’t expect was to get sick in the section behind Mike’s Sky Ranch. While racing at speed through the most technical portion of the race course, I found myself fighting off severe illness. When I arrived to race mile 281, I decided to get out of the race truck and turn it over to our second driver, Jeff Geiser, giving him the opportunity to charge to the finish and get us the victory. However, we fell too far behind to catch up to Larry (Ragland) and Robby (Gordon) who had both been driving fast all day long.”

While Cadiente fought off the Baja demons of sickness, Ron Whitton continued his foray through the rock-strewn gardens that challenged the hardiest of desert racing souls. Racing in front of nearly 200,000 fans spread out along the Baja 500 racecourse, Whitton wheeled the yellow and red truck through the nastiest terrain the Baja Peninsula has to offer, oftentimes grinning beneath his Bell carbon-fiber race helmet.

Ron described, “Racing in Baja is absolutely one of the most enjoyable activities I do. This time I’ve spent the better part of two weeks down here in Ensenada prerunning the race

course many times and it doesn’t get old. My new Geiser-built FORD F150 prerunner is pretty close in character to my race truck and I love getting in the dirt and putting on the miles.

“The performance of our young team has grown tremendously over the past year and I couldn’t be any prouder of the great job the boys behind the scenes do for G&R Racing. The logistics and resources involved coordinating and implementing a two-truck trophy truck race team is a daunting task and our crew never ceases to amaze me.”

At last season’s SCORE Baja 1000, the granddaddy of all desert races, Whitton earned a third place finish among the toughest and fastest desert racers in the world. Whitton is regarded by his peers and his grandchildren as, “The Fastest Grandpa in the West” and that nickname held true, as he put the #39 G&R Racing trophy truck in the 12th spot among a rugged group of off road racers at this past weekend’s Baja 500 extravaganza.

“The race course proved to be incredibly challenging. Of course, on race day, the race course takes a different shape than the previous week and overcoming some of those challenges is part of the game. We faired well this time around and I’m looking forward to the 40th SCORE Baja 1000 in November. Last season, I finished third and we’re making plans to improve on that mark this time around,” remarked the smiling Ron Whitton.

The 2007 SCORE Desert Series features six races throughout the year, culminating with the SCORE Baja 1000. The record-setting race was filmed for television by Aura360, SCORE’S TV production partner, to air a one-hour special on The Outdoor Channel in the U.S. and ESPN International worldwide. The completion of the SCORE Baja 500 marks the end of the third race in the series with the next race being the Terrible’s Cup III held at the Las Vegas Motor Speedway on July 20-21, 2007.

Visit www.gnrracing.com for the latest results, photo and video galleries from the 2007 SCORE Tecate Baja 500 in Baja California.