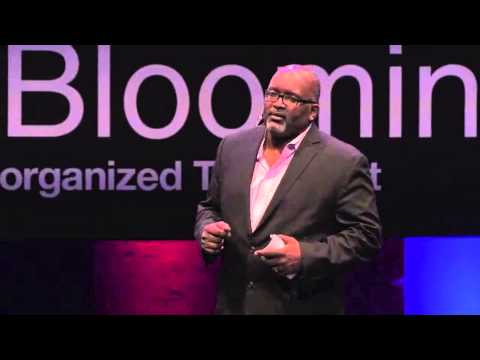 How to Talk about Race: Eric Deggans at TEDxBloomington

Despite having elected a black president, says Eric Deggans, the conversation about race in America is just beginning — but it’s vital that we not shy away from it. Deggans, TV/Media Critic for the Tampa Bay Times, also provides freelance commentaries on television for National Public Radio and writes on sports media issues for the National Sports Journalism Center at Indiana University. He is also the author of “Race-Baiter: How the Media Wields Dangerous Words to Divide a Nation,” a look at how prejudice, racism and sexism fuels some elements of modern media, published in October 2012 by Palgrave Macmillan. Now serving as chair of the Media Monitoring Committee for the National Association of Black Journalists, Deggans has also served on the board of directors for the national Television Critics Association.

In the spirit of ideas worth spreading, TEDx is a program of local, self-organized events that bring people together to share a TED-like experience. At a TEDx event, TEDTalks video and live speakers combine to spark deep discussion and connection in a small group. These local, self-organized events are branded TEDx, where x = independently organized TED event. The TED Conference provides general guidance for the TEDx program, but individual TEDx events are self-organized.* (*Subject to certain rules and regulations)

The Beginning of KPOP (SMP Earth #1)