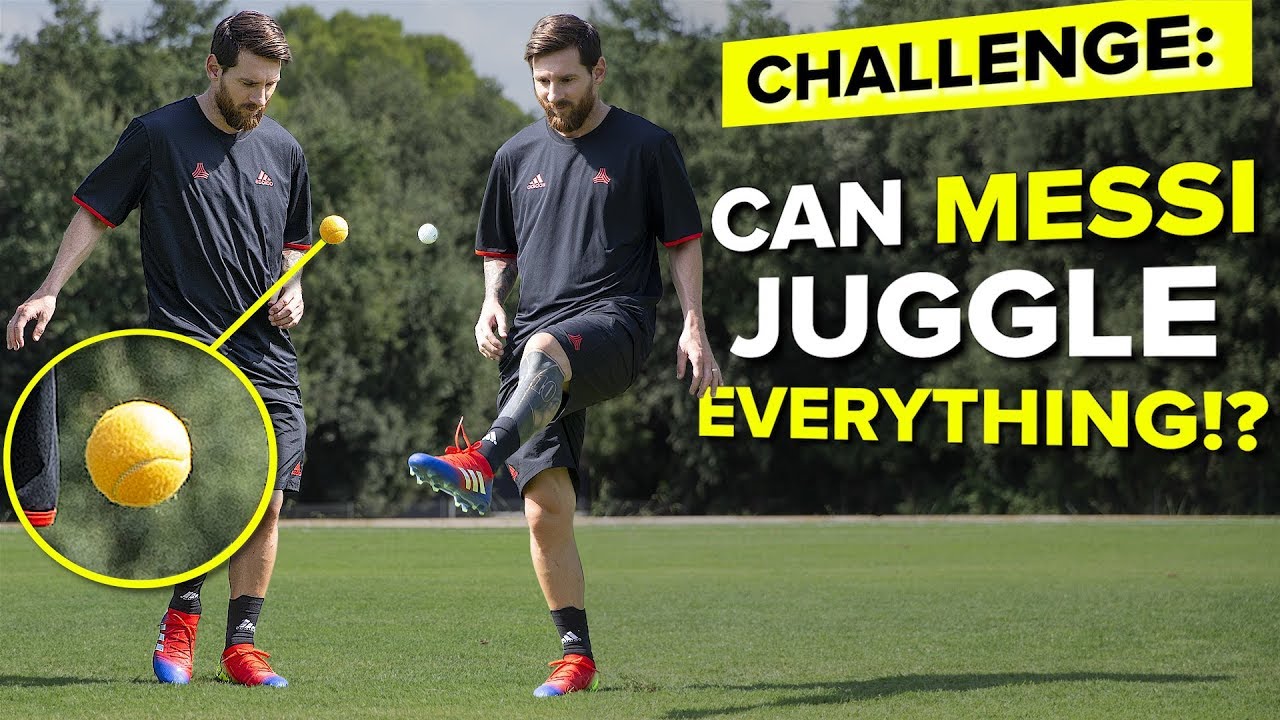 Lionel Messi is arguably the greatest footballer of all time and Messi is known for amazing football skills that no one else in the world can pull off. Messi is not only an inredible goal scorer, free kick taker and teamplayer – but he also assists an incredible amount of goals to his FC Barcelona and Argentina teammates. Lionel Messi has broken almost every possible individual record that exists and has won major trophies throughout his career – but perhaps in the years to come he will mainly be remembered for the insane Messi skills that we’ve got to witness throughout the years. In this video Messi speaks about what he learned as a player when arriving to Barcelona at a young age and Messi also reveals what kind of training exercises he did as a young boy to develop the now legendary Messi touch. Watch our Lionel Messi juggling challenge to hear more from Messi himself and see as he juggles different objects we’ve never seen Messi juggle before!