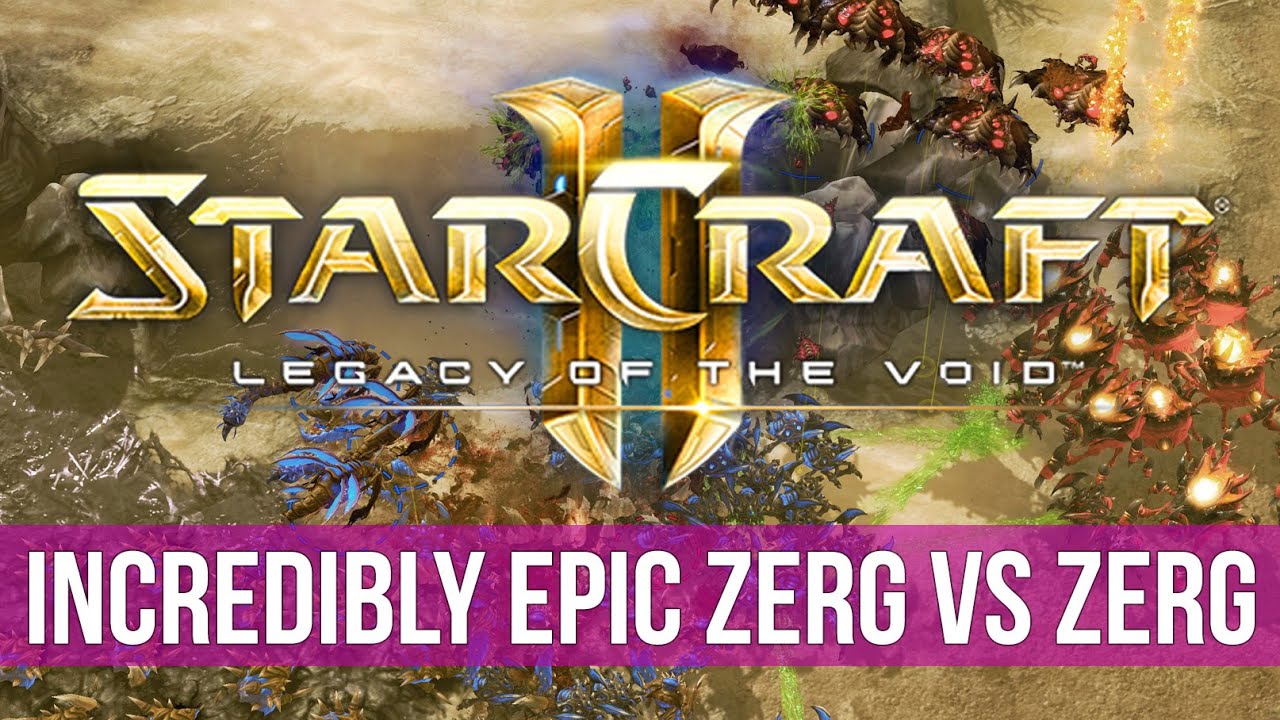 Zerglings, Banelings, Queens, Nydus, Roach, Ravager, Hydra, Lurker, Brood Lord, Corrupter, Vipers… It all happens in this one live game of Zerg versus Zerg in StarCraft 2: Legacy of the Void.

In this game of Zerg versus Zerg I decide to open up with a gasless build order and I try to transition to Roaches with double upgrades and Roach Speed. On top of that, my mid game plan is to transition to Lurker drops. However, my opponent decides to go for Mutalisks which forces me to respond.

What I decide to do is push with Queens, Hydralisks and Roaches into his Natural where I do manage to take out one of his four bases. The only problem being that I am still on only three base myself. In order to stay safe I switch to Lurkers and slowly tech up to a Hive.

My Zerg opponent however, has mapcontrol and a biggerincome, allowing him to aggressively tech up to a Hive, a Greater Spire and eventually Brood Lords at which point he is allowed to push out once more with his army. Before that however, he decides to get his own Nydus worm to try and take out my 3rd and 4th at the same time.

His push comes right before I manage to get Vipers out, but with some minor delays I do get enough energy out for Parasitic Bomb. After a few skirmishes it is hard to say who is ahead… And you’ll have to find out by watching the game.

This is definitely one of the best games of StarCraft 2: Legacy of the Void that I have played so far.